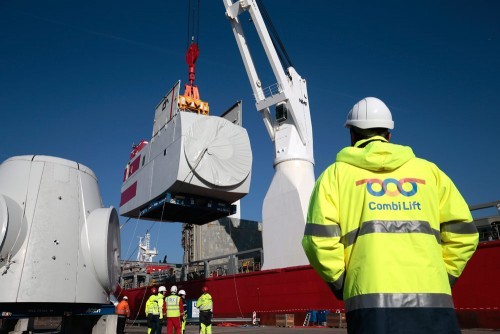 Combi Lift GmbH, member to the Cargo Equipment Experts (CEE) network in Germany, is committed to the expansion of renewable energies. The German heavy lift expert is handling the transport of components for Nordsee One – an offshore wind farm spanning a total area of 41.3 square kilometres, located in the German part of the North Sea. Last week the first components – including six nacelles weighing 350 tonnes each (picture) – were loaded in Bremerhaven.

Once operational, the 54 Senvion turbines will produce 1.2 billion kilowatt hours per year. Nordsee One will be able to power 400,000 households and will save more than one million tonnes of carbon dioxide compared to a conventional coal-fired power plant.