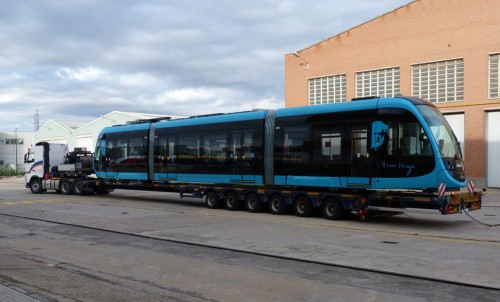 Multitrade Spain, member to the Cargo Equipment Experts CEE network in Spain, reports about mega multiple train movements they arranged. Using their own special trailers for the transport of railcars has proven an advantage to the company against fierce competition.

Besancon tramways, produced in Zaragoza Spain and moved by road to Besancon based on special railed trucks. With this project Multitrade Spain consolidates also the transport by road in Europe in addition to the overseas transports done so far.

Roma Metro, produced in Zaragoza and moved with RO RO ships to Civitavecchia using the special railed MAFIS. Multitrade Spain has 36 railed MAFIS with a loading capacity till 64 tons. This project is the third Roma project after finishing successfully the first two. 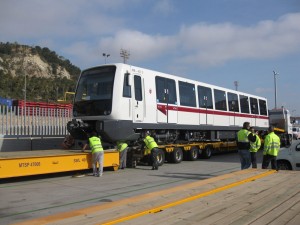 Santos tramway, produced in Valencia and moved using Multitrade MAFIS to Santos. In Brazil the start up for Multitrades rolling stock was 16 years ago so far the company moved more than 5.000 wagons, tramways and cars worldwide.