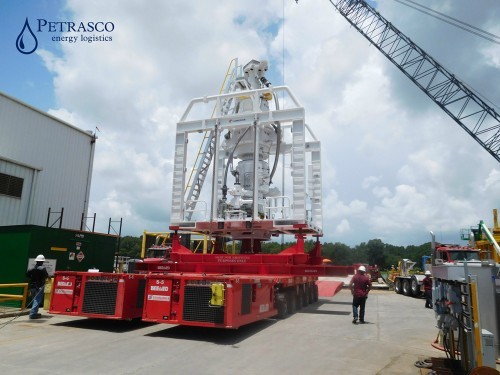 Petrasco Middle East LLC, member to the Worldwide Project Consortium WWPC for Dubai, UAE and Petrasco Energy Logistics managed the difficult transport of valuable subsea blow out preventers (BOPS) from the US to the Caspian Sea.

The shipment included two heavy lifts of 236.2 tons and 137.6 tons from an inland location which required consideration of each transhipment point in order to ensure the safe handling and transportation.

The challenge for Petrasco was to provide a solution which would include the inland load out and transport via the US waterways from Berwick, Louisiana to the load port of New Orleans before being loaded onto a vessel which would take them on the next stage of their journey.

A plan was put in place to ensure a barge could be sourced for the loading point and the BOPS were moved by river to New Orleans where they came alongside the deep sea vessel before a ship to ship transhipment was completed.

Once safely loaded, lashed, secured and surveyed the vessel sailed for Constanta, Romania where the cargo would be transhipped once again for onward shipment via the Volga-Don Canal system to final destination in the Caspian Sea on time and on budget.

Founded in 1974 in Aberdeen, Scotland, Petrasco is an international freight forwarder which specialises in serving the energy industry. It has bases in Aberdeen, Houston and Dubai. The Houston office opened in 1993 and the Dubai office opened in 2003. In addition to air, sea and road freight services, Petrasco offers specialist expertise in consultancy, expediting, export packing, offshore logistics, warehousing and distribution. The company currently employs 85 people across the three locations. 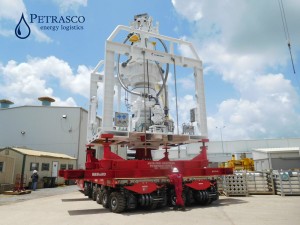 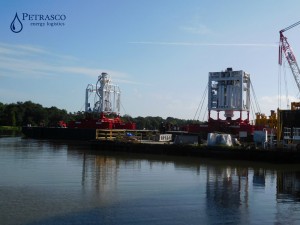 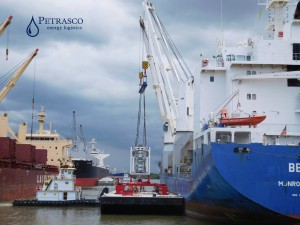 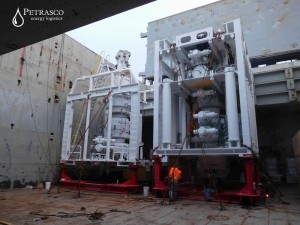