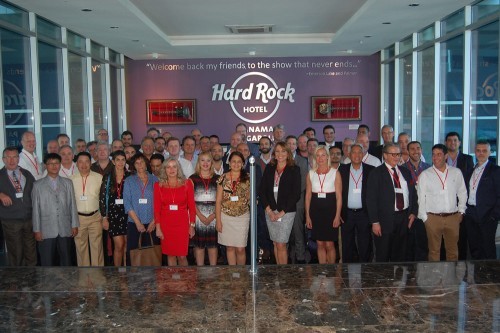 Members and selected sponsors and media representatives enjoyed the premises of the Hard Rock Hotel in Panama City during the 16th annual Membership Conference of the Worldwide Project Consortium (WWPC) April 13-15, 2016.

Starting with an evening reception high above the skyline of modern Panama City on the 62nd floor outdoor terrace of the hotel left a great impression and high expectations of things to come over the following two days of intensive networking, member-to-member meetings and social events.

Next morning, the first conference day started with a folk dance group, accompanied by a traditional instrument playing and singing band. The Deputy Administrator for the Panama Canal, Mr. Manuel Benitez, followed the opening of the conference by Mrs. Damaris Berenguer, CEO of Quality Freight Corp, the WWPC member for Panama, with an impressive presentation about the importance and recent extension of this great waterway.

Sponsor presentations and member-to-member meetings continued into the afternoon. The early evening saw the conference attendees at the famous Miraflores Locks situated next to the canal and a double lock system of the same name. A dinner was enjoyed at the Miraflores Restaurant, where the outside terrace invited to photograph passing ships through the locks.

Back at the Hard Rock Hotel a band waited on the 62nd floor outdoor terrace for the after dinner party, which was greatly organized by Quality Freight Corp.

As venue for the network’s 2017 conference the members voted for Cebu in the Philippines in early March.

Special Tank you for the conference sponsors and trade media: 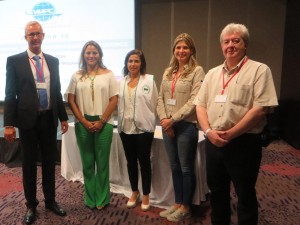 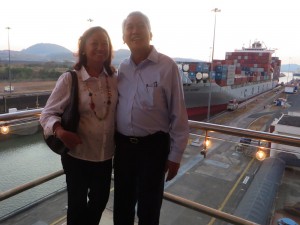 The member from the Philippines, Royal Cargo’s CEO and new elected member of WWPC BoA Mr. Elmer Sarmiento with his wife at Miraflores Locks.