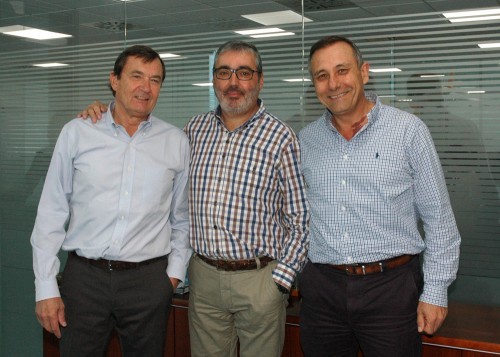 Multitrade Spain has just opened new headquarters in Barcelona, in Castelldefels, very close to the port and the airport. The company serves with four main activities: projects, sea, air and wine logistics, and is now starting a new activity: logistics for wine exhibitions. This is as a result of the new partner Balguerie Groupe in the company. Multitrade Spain has already been selected as a logistics operator in the wine fairs of Dusseldorf (Germany), Chicago (United States), Tokyo (Japan) and Hong Kong (China).

The company also develops interesting projects with a high specialty in the transport of trains, running projects to Chile, South Africa, Algeria, the United States and France.

Carlos Guimet, General Manager, also notes that Multitrade Spain is currently the leading transport company with Israel, both in groupage and full loads, a market in which the company has extensive experience. The forwarder currently offers regular maritime groupage services both to this country and also with Costa Rica, Puerto Rico, Mauritius and the French Antilles.

Multitrade Spain opened in Barcelona in 1986, offering maritime and air transport. Since last year, Balguerie Groupe has 60% of the company’s shares, the remaining 40% distributed among the partners Amadeo Zaragoza, project manager and Carlos Guimet, General Manager. From the new headquarters in Paseo del Ferrocarril, 335 Castelldefels, Barcelona, Multitrade Spain wants to further expand its business, basing their offer in a proximity to the customer and the quality of the services offered, which accredits being AEO, membership of IATA, FIATA and FETEIA-OLTRA and certifications such as ISO 9001 and 14001.

New head in Bilbao
Multitrade Spain has opened a sales office in Bilbao, which has been taken over recently by Daniel Goyeneche, a professional with extensive experience in the logistics world and foreign trade.