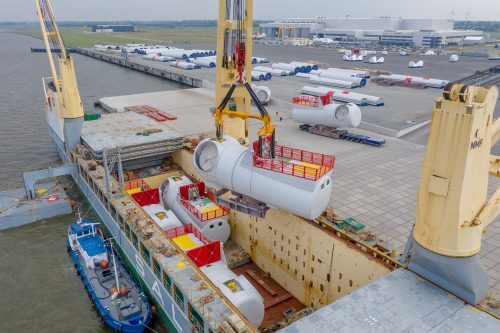 One of the latest windfarms to undergo construction is the Formosa 1 offshore windfarm near Miaoli, off the west coast of Taiwan, where several SAL vessels have been involved with shipments of tower sections, blades and nacelles.

SAL Heavy Lift, CEE member in Germany, were assigned a total of eight shipments for the Formosa 1 Phase 2 windfarm development.

“In total four of our vessels were involved in the project with eight shipments”, says Jan-Peter Esbensen, Senior Commercial Director at SAL in Denmark, “our Type 176 vessels MV Regine, MV Anne-Sofie and MV Trina were chartered for three shipments of blades and nacelles. On top our Type 161A vessel MV Paula was assigned to transport tower sections within an additional five shipments.”

The 120 MW Formosa 1 Phase 2 windfarm will comprise 20 Siemens Gamesa 6 MW wind turbines installed on monopile foundations some six kilometres off the west coast of the Miaoli district in the Taiwan Strait. The wind farm is an extension to the existing Formosa 1 Phase 1 and is scheduled to be operational in 2020. 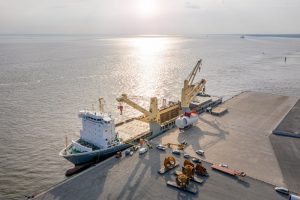 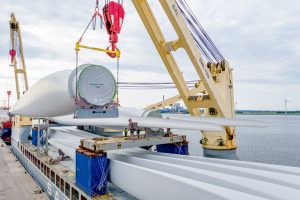