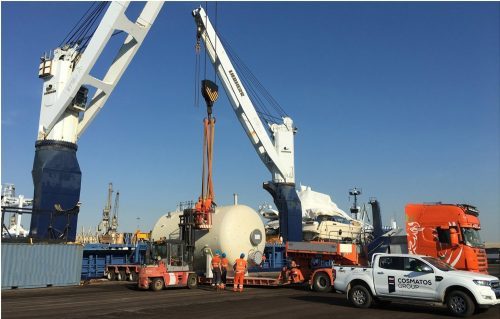 Multi-modal transport from Greece to France

Cosmatos Group, member of the Worldwide Project Consortium (WWPC) for Greece, was nominated for the transport of refinery equipment from Greece to BUTACHIMIE refinery in Chalampe, France.

The complete shipment consisted of 19 drums with a total weight of 265 tons and a total volume of 1700 cbm.

The Cosmatos Project team played the key role in all loading and discharging coordination in order to ensure that all steps were followed and completed.

The whole project was concluded as per contract and within the agreed delivery time frame and cost, despite the fact that part of the transport was a partial shipment for sea vessel, as well as that three modes of transport (road/sea/river) were used for the cargo to reach its destination. 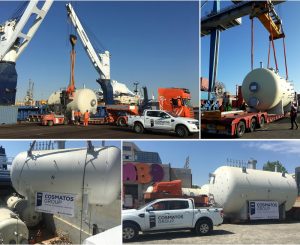 For another project Cosmatos Group loaded in Eleusis a multi-functional pre-trenching plough SMD 150 TN on M/V DEO VOLENTE for ocean transport to the United Kingdom.

The Cosmatos team arranged for the loading at the port, chartering of the ship, as well as the delivery via liner out under hook.