Steder Group, member to the Worldwide Project Consortium (WWPC) for the Netherlands, managed a huge operation for its client Van Oord. It concerned a de-mobilization of equipment from Port Harcourt (Nigeria), to Ras Al Khaimah (UAE) and in continuation the mobilization of equipment for a refinery project for from Ras Al Khaimah to Dos Bocas (Mexico).

For this complex operation, Steder Group chartered Zeamarine’s Industrial Fusion which arrived in Van Oord’s Yard in Ras Al Khaimah to discharge the 4,000 cubic meters / 1000 tonnes of cargo returning from the project in Nigeria, after which 17,500 cubic meters (6,000 tonnes) of cargo was mobilized for their project in Dos Bocas.

Most of the reclamation equipment was loaded from Van Oord’s own quay in Ras Al Khaimah Maritime City. Within less than a week, 4,500 tonnes of pipes, hoses, couplings, pipe pontoons and buoys were loaded on board. Steder Group coordinated the loading operation 24-hours per day in order to meet the tight project schedule and to dispatch the cargo on time.

Due to the limited draft of the Ras Al Khaimah Maritime City Channel, the vessel as well as another 1,500 tonnes of cargo had to be moved to the neighboring Saqr Port. While the vessel was shifting between the port facilities, cargo transportation by road was tightly coordinated in order to minimize the downtime and limit the costs.

The remaining equipment, which included sections of floating pipelines, anchors, anchor handling and side wire pontoons, was delivered to Saqr Port and loaded on board the Industrial Fusion within 72 hours.
The last challenge was the loading of the anchor handling and side wire pontoons, that were too large to transport by land. These had to be towed from Daimah Yard to Saqr Port where they were securely moored, and then lifted onto the Industrial Fusion too.

Map of the project:

Video can be viewed here: 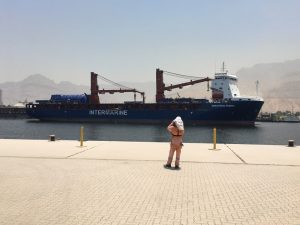 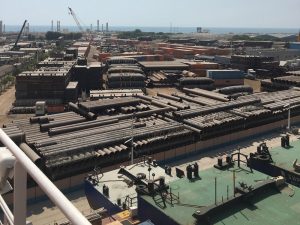 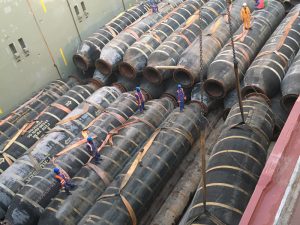 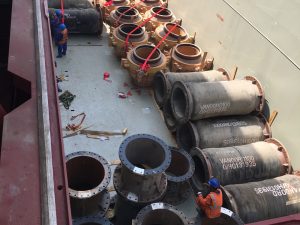 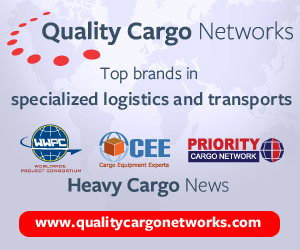 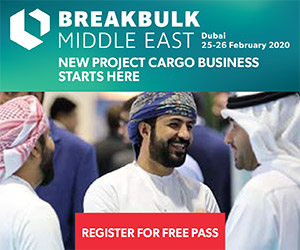 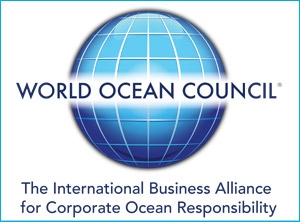