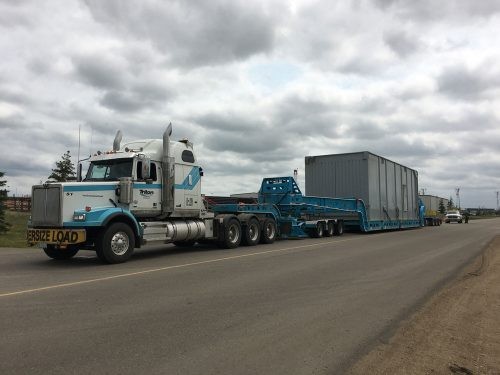 BNSF Logistics (BNSFL) Canada, member to the Worldwide Project Consortium (WWPC) for Canada, through their Calgary office, secured a major Alberta based rig move to Alaska.

Not only was the rig destined for Prudhoe Bay, Alaska, it also was an enclosed rig that was especially manufactured for the extreme weather conditions of Alaska’s North Slope. The rig was fabricated in Nisku, Alberta throughout 2016/2017 with the first loads being moved during Q2-Q3 of 2017.

With the leadership of the BNSFL Canadian Managing partner, Gerald Hess and the project expertise of the Director of Western Canada, Christian Wagner and the Alberta team, the 86 truckloads that were required moved the Nordic Rig to Seattle, then barged it to Alaska. The project went according to plan within the allotted time frame and came in on budget.

“This was quite an achievement as the world oil glut severely impacted the Alberta economy. Within the truckloads, 70% of the shipments were seven axle heavy haul combination with up to 3 x 13 axle perimeter frame loads. Even with the extreme wild fire conditions and the resulting road closures in British Columbia, BNSF Logistics contingency plan allowed for the utmost flexibility in delivering the shipments within the three weeks allowable time frame to Seattle. The revenue for this extremely complicated shipment was over $ 1,000,000.00 Canadian Dollar” Gerald Hess commented. 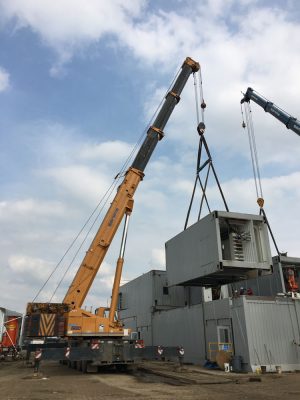