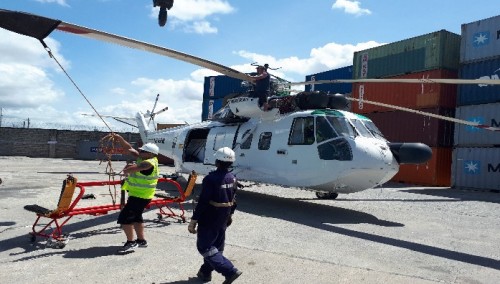 On 15th May 2017 it was confirmed that two helicopters will be landing at Mombasa airport from Entebbe for shipping to USA. Spedag Interfreight, Member to the Worldwide Project Consortium (WWPC) for Uganda and Kenya, the experts in project logistics in these countries, started a survey to assess the route from the airport to port.

The best option in terms of cost and safety of the helicopters was to land at Makupa CFS, a private owned CFS located next to the port.

On 21st May, 2017 the area marked for landing was already cordoned off awaiting arrival of the helicopter. At around 8.30 am, the 1st helicopter safely landed at Makupa CFS. Its blades dismantled and stuffed into the container.

The most amazing part was the time when the experts from Spedag Interfreight received a request that some of the helicopters had mechanical problems and therefore parts from the 1st helicopter had to be sent to the rescue. A gear box was needed in Uganda to fix the second helicopter before coming to Mombasa, engines and rotor head needed in South West Asia to replace an engine for maintenance at different field site. These engines need special cans to be stuffed in, which were in Uganda and immediately brought to Mombasa. Respective logistics plans were made and the said parts delivered as scheduled.

Finally the empty helicopter shell was loaded onto ship with proper lashing for delivery to USA. 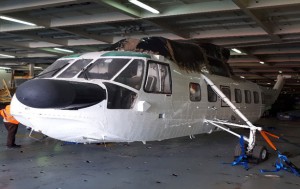 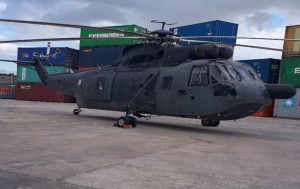 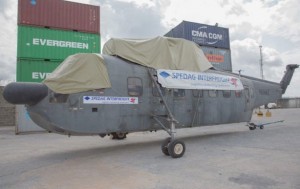 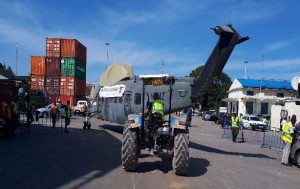 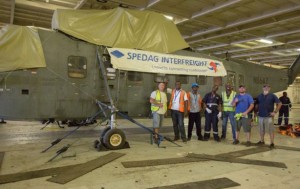