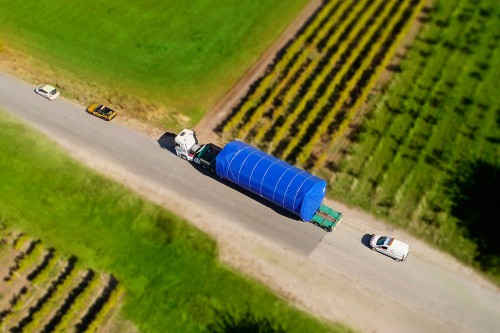 Holleman Bulgaria OOD and LS International Cargo GmbH from Germany, both members to the Worldwide Project Consortium (WWPC), combined their forces to perform an oversized transport inside Bulgaria. The job was to move five tanks, the biggest one having 5.15 m width and 5.2 m height from Plovdiv to the Port of Burgas.

Two of Holleman’s 27 cm low-beds were used for the job which required a lot of planning starting with two route surveys, cutting off electricity, lifting of cables and arranging crossing of rail-roads. Police escort was also part of the movement.

Due to a new bridge building works, running on part of the route and not being finished on time, the team of Holleman was forced to find quickly another solution and facing severe time pressure due the second leg of the transport was on internal waterways in Russia, keeping in mind the winter and freezing period ahead, no delay was possible. The new route was found and permits approved, thus enabling the timely and safe delivery to the port. 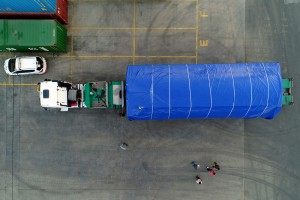 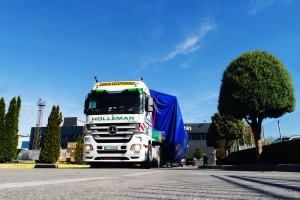