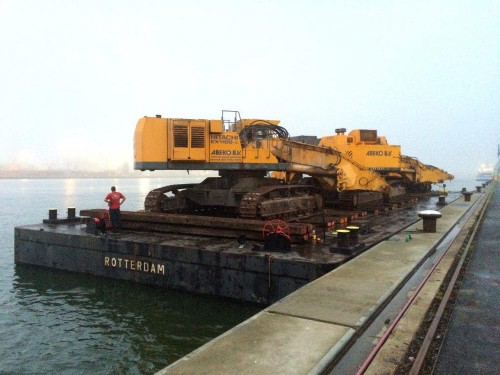 Steder Group B.V., member to the Worldwide Project Consortium WWPC and Cargo Equipment Experts CEE for the Netherlands, reported the handling of a project for a Dutch contractor which finalized a project in the Middle East, for which Steder Group demobilized their equipment, consisting of six heavy excavators.

Due to the dimensions and weight of the EX1200 excavators, weighting 150 ton each, the units were moved from Antwerp to final destination in the Netherlands by pontoon and pusher tug.