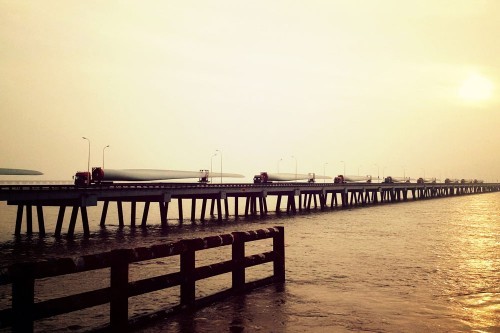 Kaleido, the member of Worldwide Project Consortium WWPC in Spain, has completed a project to transport components for a wind farm site in Jalisco, Mexico. This is the second park Kaleido has carried to Mexico, where extraordinary increase of wind energy is being experimented.

During the initial phase of the project, different routes were valued for the transport of 43 wind turbines. The components were shipped from China, Vietnam and Spain to Altamira Port in Mexico, in order to be installed in the province of Jalisco.

Nine shipments were needed to transport the 43 wind turbines, a project that began November 2015 and ends with the arrival of the ninth ship in Altamira Port in March 2016.

Kaleido was responsible for the sea freight and overland transport, as well as port operations and lashing and welding works.

During the project Kaleido Logistics deployed its certified tool designed for the calculation and reporting of emissions, KARBON TRACK ®, which evaluates the environmental impact of the entire logistics project.