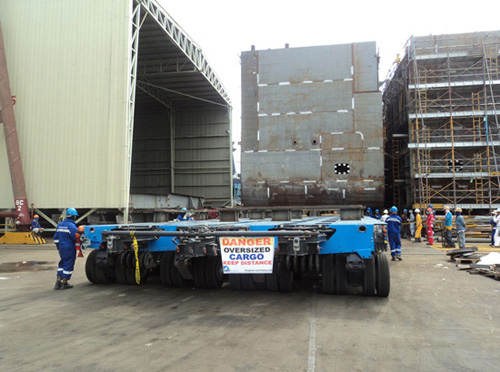 On June 27, 2013, Royal Cargo Combined Logistics, Inc. (RCCLI), member to the Worldwide Project Consortium WWPC network for the Philippines, began the move of 16 pieces of modular pontoons weighing 260MT to 337MT to the installment area in Keppel Port in Batangas, Philippines. The leader in the industry in the Philippines, Royal Cargo’s Project and Heavy Lift division completed the move on August 27—exactly two months from the commencement of the move.

Approximately 4500 MT in collective weight with dimensions that ranges from 8.5L X 16W X 9.5H m to 11.5L X 16W X 9.5H m, the over dimensional cargoes will be the base of the oil rig in Keppel Batangas Shipyard which will be transported to Singapore.

“The recent projects and heavylift move of Royal Cargo in Keppel Port Shipyard is not your ordinary heavylift transportation, it is also over dimensional because of its height and width,” says Mr. Lawrence Esteban, senior technical engineer of RCCLI. 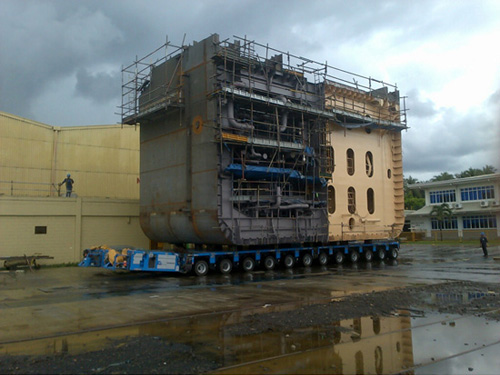